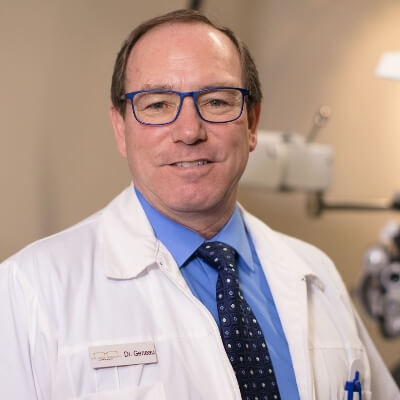 Dr. Paul Geneau graduated from the University of Waterloo School of Optometry in 1981. He first practiced in Invermere, BC, from 1981 to 1989, and has been located in Nanaimo, BC since then. Dr. Geneau has always been very committed to his profession. He is a past president of both the Canadian and the BC Associations of Optometrists, and a past member of the board of the World Council of Optometry.

Paul has been an active Rotarian since 1981, and believes in Rotary's motto of "Service Beyond Self". A member of the Rotary Club of Nanaimo North, he has been president twice, and is deeply involved in the Rotary Youth Exchange program.

Being attracted to volunteer work, Dr. Geneau has travelled on over 40 eye care missions with Canadian Vision Care to Jamaica, Costa Rica, Philippines and Malawi.

He believes that an optometrist is privileged to be able to give the gift of sight, and finds that it is an even more rewarding experience to be able to do so for people, in developing countries, that are without access to eye and vision care.

Paul has been married to Cathy since 1979. They are blessed to have three children and nine grandchildren. They share a love of family, and of travelling, often combined with volunteer work.